You are not only a member but an owner, participating in all the benefits of truly owning your financial institution. In 2019, our members shared in $2.8 million in profits. That’s the Lakeland Credit Union difference! 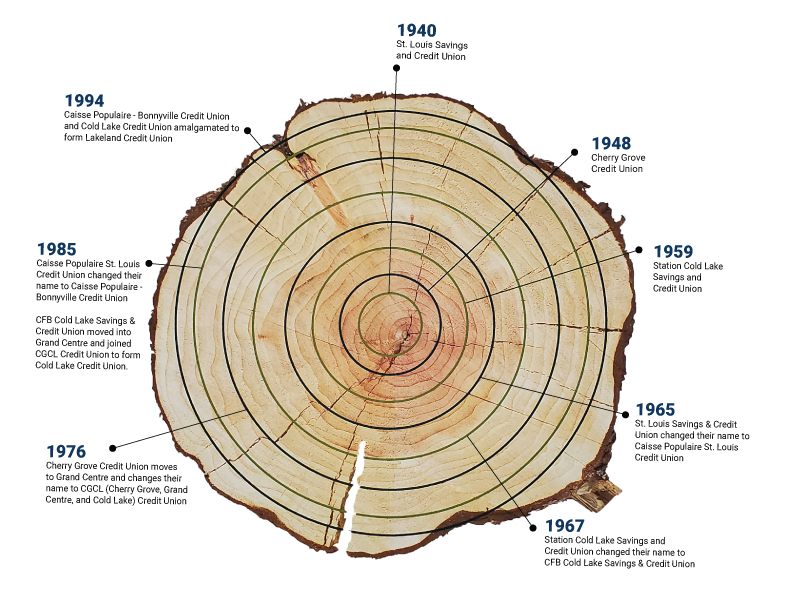 2020 was Lakeland Credit Union's 80th Anniversary! Thank you for 80 years of partnering with us. Here's to 80 more!

January 25, 1940
A first meeting was held at Ecole de Bonnyville to establish a Credit Union. The goal of the organizers was to create a financial institution to serve the members of St. Louis Parish. Nearly thirty people were present at the meeting. Rev. Joseph E. Lapointe chaired the meeting while T.E. Lambert acted as secretary. Maurice Biron, Henri Dupre, Lucien Hetu, Romeo Lamothe, Dr. Severin Sabourin and Herve Turcotte formed a research committee.
April 27, 1940
Following a special meeting held in the vestry, the committee decided to apply to the provincial government for incorporation under the name of St. Louis Savings Credit Union Ltd. Incorporation Certificate No. 29 was presented on May 7, 1940.
May 23, 1940
The first general meeting was held. The first officers elected were: